When the teacher appears … 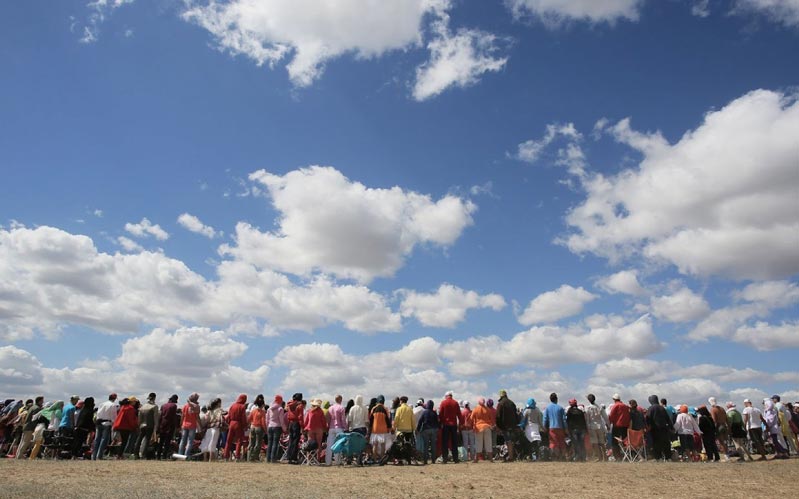 A few minutes with Grieg, the Romanian spiritual teacher, were enough for me. I felt immediately, intuitively, and directly that my heart was awakening. Actually it was on fire.

While I was traveling in India, I heard a lot of Grieg, the man who founded Integral Esoteric Yoga System, but I was very resistant of going to Romania to meet him. I was a spiritual tourist at the time, and Romania just did not sound like an interesting place for tourists. A year passed and I heard he was going to teach a Tantra retreat in Denmark. That sounded much more interesting. So together with a group of friends from India, we went. There in Denmark, I had my first contact with the senior spiritual community of Atman International Federation of Yoga and Meditation that teaches Integral Esoteric Yoga all over the world. I was impressed by their sincerity, their spiritual maturity and the love radiating from them.

We were waiting in line to meet Grieg. About 150 people. He would patiently speak to each one of us. I waited the whole night. I looked deep inside to find the right question. Finally as dawn broke, I went to meet him. The meeting took only a few minutes, but that was enough for me. I felt immediately, intuitively and directly that my heart was awakening, that my heart was on fire. Everything changed from that day. A sense of purpose, of protection, of support awakened inside of me from this connection, a feeling which stays with me for all the 14 years which passed since. After this meeting, I had no choice but to follow my heart and to go to Romania.

There on the shores of the Black Sea, gathered no less than 6,000 yogis from all over the world for an intensive month of meditation, yoga and Tantra. Everyday within this month seemed like a year, with so many events and experiences. The meditations with Grieg, interesting meetings with people, challenges, crises and a daily sense of up-lifting. More than any other experience, I was impressed by the spiral meditation, which became the symbol of this yoga studio in Romania. In those meditations, a few thousand yogis gather standing, sorted by the astrological sign, man and woman from each zodiac. In this way, they create together a supra-structure, a human network, shaped like a counter-clockwise spiral. During the meditation, all the participants rise on the same energy wave and the little energy of every participant is gathered and reflected by any other participant and flows as a spiral whirlpool facilitating high states of consciousness. The first spirals that I did there were different than anything I had ever experienced. They were like a hard and healthy shock that penetrates the root of the being, filling it with life and spirit. After many of these spirals I chose to remain silent for the whole evening to digest the intensity of the spiritual transformation that was created inside of me.

In the meantime, under the pressure of the Indian authorities, the branch of the yoga studio in Rishikesh, India was closed. Suddenly I had nowhere to go back to. I wanted to continue my path and the only place where I could study more was Bucharest, the capital of Romania. So I moved to live in an ashram in the north part of the city. All the colorful vividness that I was used to in India disappeared in the coldness of that city. I was dressed in colorful clothes and Bucharest was dressed in grey and smokey apartment blocks. It was the least happy period in my entire spiritual path so far. I did not understand the language, nor the mentality. I was really cold and did not like to go outside much. I felt a bit imprisoned, torn between the aspiration to grow and advance in yoga and the simple human need for a pleasant life in a comfortable place.

The inner struggle wore me out and I did not feel like practicing anymore. With the absence of practice, my inner state got lower and lower. I went to speak to one of Grieg’s closest students. I explained my situation to him and he simply answered that I should practice yoga a lot. There was something special about that man and in 5 minutes of conversation he recharged the battery of my heart and I came back to practice 6 to 7 hours of yoga and meditation a day. And so within the unpleasant external situation, I found sparks of peace and happiness inside. This was a period of studying new techniques, new ideas. Every new energetic nuance, every altered state of consciousness filled me with excitement and curiosity. The enthusiasm which characterized the beginning of my path was set inside of me again. The enthusiasm started to radiate outside and my sour, indifferent face which rejected any contact with the environment was changed to a happy and vivid face. I was opening to the people around, I studied Romanian and then I discovered how rich and colorful the community actually was.

Beyond the appearance and the heavy East European accept, which were both a bit of a turn-off, I found people who were really searching for spiritual growth and investing tremendous efforts on their way. I saw people who were nourished from giving in a way I never saw before. I met people who attained states in meditation of which I had only read about in books. I met couples who attained high spiritual states through the practice of Tantra yoga (learn more). I wanted to eat them, to drink them all in, to breath them. All of them. I wanted to absorb all of their insights inside of me. Gradually, deep and sincere friendships were formed which allowed this process of osmosis to take place naturally. One of my teachers, for example, would sit once a week for 24 hours straight in meditation. The door of her apartment would stay open and together with some of the other students I would come and sit with her for a few hours to feel some of her states.

And so I slowly started to love Romania. In the coming year, my brother arrived there too, and so did my best friend and my girlfriend at the time. Together with a few other friends from India, we created a small community of Israelis scattered in the ashrams in Bucharest. When we would all meet it was a true celebration. We would make the special Jewish Friday meal and all the Romanians would celebrate with us. We were practicing yoga together in the days and in the nights keeping each other awake in another hour of practice. The contact with the Israelis dissolved the feeling of alienation in Romania to some degree. We were a source of comfort and inspiration to each other. Each one of us passed through a process. The stressed ones became relaxed. The mental ones opened emotionally. The clowns got more mature. This was a natural process that may have taken place anywhere with the supportive community, but, nevertheless, it had a spiritual flavor. We came to grow, to transform. We were putting in effort and practice. We were open to the feedback and constructive observations of the others. And those of us who had perseverance really transformed.

It is touching to see how your friends are growing, how they free themselves from limitations, how their hearts open and how they are opening to the spirit. The same wild spiritual aspiration was uniting all of us. Between the sentences, the jokes and stories we would tell each other in silence about spritual abundance, about the joy, about the pain, about the longing. Because beyond the ordinary friendship, there formed a true spiritual brotherhood in which the quality of love was very different. We are sharing an inner journey in which each one of us is walking alone to the depth of his soul and, nevertheless, we are together more than words can say.

We would meditate together in the evenings, a few hundred of us in a special group once per week. There, we would discover what happiness lies beyond thought. One cannot imagine how much joy and tenderness are hidden only a few minutes of silence away. And in every instance when I was having a hard time, I had enough of Romania, and I would want to leave, I would experience the Divine in the group and decide to stay until a new period, a good period would come. In such moments of weakness, one discovers the true power of the spiritual community.

In the 12 years I lived in Romania, I fell many times. The bruises and scars from these spiritual falls are still noticeable in me. But every time I fell, there was a friend next to me who reached out and told me the right words and directed me to listen again to my soul, to gather my forces and to continue on the path. And as the path continues, the friendship grows deeper.

And sometimes I get the impression that the goal of the spiritual path is no other than the love and the brotherhood and sisterhood in which we take refuge.