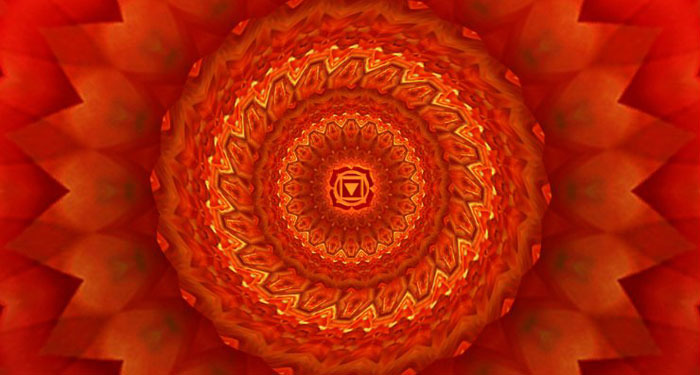 Grounded to the Root Chakra

It is situated in the perineum area between the anus and genitals and is in charge of managing the vital energies of the being, serving as a ‘battery’ of raw basic energies for the body and mind. A good activation of this Chakra can give a person a great force of action and stamina to go on without the need for rest. When this chakra is closed or out of balance one remains depleted, agitated and in constant fatigue and restlessness. The base chakra is the root of the being. It has the role of allowing us to be nourished from the earth creating solidity, stillness and strength. When feeling tired or weak, working in a focused way on this chakra will refill our batteries and give us fresh new force to continue. When the first chakra is balanced signs will appear on the physical level. The body of both men and women will grow: muscles may grow for men, and women will become more round but solid. With a strong root chakra the appetite is big, the sense of smell is developed the body looks more square. The eye gaze is stable and sometimes a bit dull. Body movement is slow and the voice deep and loud. When this Tantra Chakra is underdeveloped a person will be too thin, with little appetite for food and for life, lacking energy and practical intelligence. The body will move in an agitated and fragmented way, the eyes will be restless and the whole structure very fragile. When the root chakra is activated excessively in an imbalanced way a person will be overweight, lazy, heavy physically and emotionally. The animal in such human beings is dominant in its gross and limiting ways.

Saving to relieve the existential anxiety

The root chakra is connected to the earth element and is described in Indian, Chinese and European alchemy as the force which makes things solid, stable and condensed. The earth element is in charge of gravity, which gives stable structure to the world but also limits it. The earth pulls us towards her, and does not allow us to fly, but also prevents us from being scattered. The earth spins around its own axis and so a person who is dominant in this chakra spins around their own axis. He or she has a stable foundation in life and the fulfillment of their basic physical needs; the ‘bare necessities’ of life. So a person on the first chakra will live their life in order to fulfill their simple needs and once those are fulfilled he or she will not look for an adventure, but rather put their recourses in fortifying what they already have. Once the basic needs are fulfilled such a person will spend their time resting or in simple harmless hobbies such as carpentry, gardening, cooking or watching TV. In our inner world the first chakra creates patience, perseverance, materialism and careful planning for the future. In this chakra we also find the primordial survival fears of man. If this level predominates, we might experience an ongoing existential anxiety for our safety, not just from physical attacks but also from the risk of poverty. For these reason such people will tend to save their money rather than to go on vacation, in this way reducing some of the anxiety and giving a sense of security for the future. Practicing yoga and meditation at the level of the root chakra can give us three fundamental gifts. The first is that of great courage in front of life and even in front of death. The second gift is mental stability, a steadiness of attention which is crucial for focus in meditation and developing a single pointed mind. The third one is sharp practical intelligence to get things done simply and efficiently. Being in nature opens and harmonises this chakra as well as simple physical work. A life of routine with the same eating and sleeping times, without many surprises, can also bring peace and harmony to this level as well as travelling.

People to rely on

On the level of action, people with a harmonious and powerful root chakra are people you can trust to finish what they have started and to overcome with determination all possible obstacles on the way. They are responsible people but without too much initiative and creativity. They are good in following orders but their heads are not filled with bright ideas. The hobbits and even more so the gnomes from the Lord or the Rings, who work in mines under the earth with joy and greed, are good archetypal figures for living from the first chakra. The relationship at the level of the root chakra is that of the hunter and the hunted. The other person is perceived through the lens of survival, and is classified as an enemy, ally or sexual object quite quickly. The relationships here are governed by physical and economic power. In romantic partnerships people of this level will search for a steady, continuous relationship which fulfills their basic needs. They are loyal to their partners and have a deep anxiety for any change or possible end of the relationship. They would always prefer routine and security to some risky and exciting relationship. The routine in the relationship helps to reduce any anxiety and give them the sense that life is predictable and not threatening.

Locked in the flesh

The consciousness of people at this level is very much locked in the flesh and they identify all their emotional needs with the needs of the flesh. They cannot be approached with sophisticated philosophy or abstract art. They would be much more interested in talking about a good meal, sports, shopping, construction or even the weather. If it is not concert?? they are not interested in it. The aboriginal culture from Australia is a good example of a society which has a very developed root chakra. They are very connected to the earth and the ways of nature, and the sound of the monotonic deep vibration of the didgeridoo is very similar in frequency to that of the Muladhara chakra meditation. Spirituality related to this level is shamanistic, animistic, pagan. Simple magical rituals, negotiation with demi gods and connecting to the subtle forces of nature and prayer for attaining success in battle, or on the material level, are all related to this chakra. At this level spirituality is only serving the material level. In higher chakras this changes and the material level is the one serving the spiritual levels. In the Yoga tradition this chakra is described as a wheel with four arms, symbolizing the four seasons and the four cardinal directions. The dominant color is clay yellow and blood red is it’s secondary color. The symbolic animal is an elephant. The patience, strength and heaviness of the elephant represents many of the qualities of this chakra. The divine being who guards this chakra is Ganesha who brings abundance and removes the obstacles on the way to success.

To balance an energetic lack of energy at this level, yoga offers the forward bending posture Padahastasana (hand under feet pose). To practice this posture we stand with our legs and knees straight bending the trunk forward aiming to reach our toes with our fingers, or at least bending forward with our neck relaxed. Once in the pose close the eyes and relax into it. If there is some discomfort continue to relax into it, focusing on the energy of the earth entering our legs as if we had roots in the soles of our feet. Feel how we become more vital and stable and how our root chakra and vital energies are regenerating.